Simple Pleasures May Pass You By 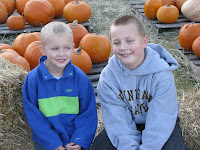 As time passes, I can see exactly how fleeting it truly is. It really does seem like it was just a few weeks ago that I was taking all the Christmas lights off the house, and here we are just a few weeks away from putting them back up!

But, what really gets me is seeing my two little boys grow up before my very eyes. They are now 9 1/2 and 5 1/2 years old, and the precious moments I have with them are just slipping through my fingers with each passing day.

So, I have resolved to make each moment count - well, as much as my human, depraved, impatient self will allow.

My kids are always asking me if I can come and eat lunch with them at school. In years past, I have come on their birthday to eat with them and to bring cupcakes. But, now I have both kids at the same school - one in kindergarten, and one in fourth grade. So, it is much easier to see both at once.

Earlier this week, I walked into the lunchroom, and my 5-year old's eyes lit up. He was completely surprised, and began grinning from ear to ear and skipping his way to his seat at the table. It was priceless.

About 25 minutes later, his big brother came into the lunchroom with his class, and made eye contact with me. We smiled and waved, and I could tell he was excited.

A small, but huge investment in the lives of my kids.

I have heard co-workers tell me that when their middle school kids see them at the school, they hide, or walk right by them, pretending not to see them (and hoping no one else knows who they are). It's when I hear these stories that I remember that I am running out of time with them at this fun and innocent age.

Maybe you have an elementary child. If so, take an hour one day and surprise them at lunch. Or, read to their class, or show up with cookies or cupcakes. You'll delight the class, win huge points with your child, and create a lasting memory for yourself!
Posted by Unknown at 3:40 PM No comments:

Props for My Boy

A couple weekends ago, I took Chaz for his skills test for his rec basketball league. After doing some dribbling and shooting, he joined several other kids on the court for a little pick-up game of 4-on-4.

Four of the kids playing were clearly All-Star caliber, launching 3's effortlessly, doing head fakes, and playing Duke Blue Devil-style defense. In the 15-20 minutes he played, Chaz was able to hang with them pretty well, but only managed one basket. And, I'll be darned if he didn't fall for the head fake every time!

But, even though Chaz wasn't the best shooter, ball handler, rebounder, or defender, he was clearly in another league in perhaps the most important statistical category: high-fives. Each time a teammate scored or made a nice pass to another teammate, Chaz immediately went over to that player and high-fived him. Chaz was the only one who encouraged and celebrated his teammates' performance during the scrimmage.

Are there things he needs to work on and improve upon? Sure. But, in the category of "best teammates," Chaz is way ahead of the curve. And, that stat is much more important to me as a parent, and will benefit Chaz in life far more than the number of times he takes crazy shots outside the paint.
Posted by Unknown at 8:41 AM No comments: 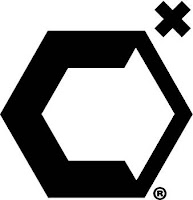 Here are some of the more memorable quotes I took away from Catalyst.09: